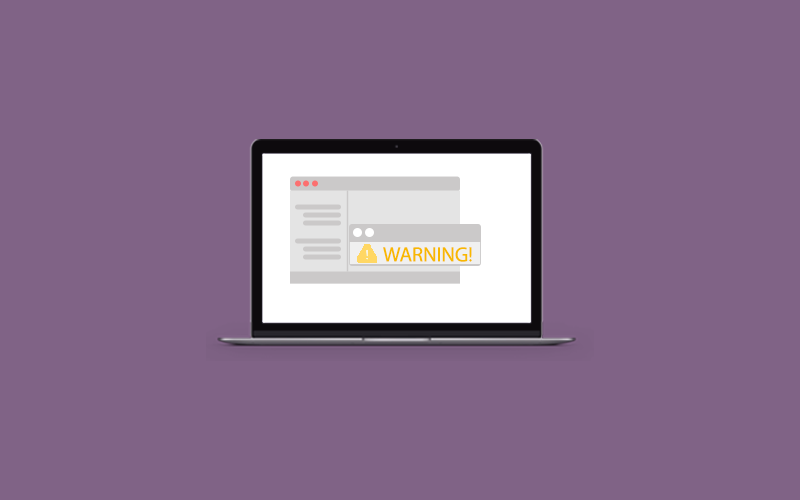 Fake pop-up scams are increasing day by day and pop-up in phishing has become one of the easiest ways to satisfy scamming purposes. If your computer is already infected with scareware, you may receive fake pop-ups continuously asking you to click on links, visit websites, and download antivirus software or etc. in order to take you on phishing websites so that they can steal your information or install malicious programs on your pc.

Scareware is a scam in which cybercriminals manipulate users to download or buy antivirus software so that can gain access to your personal and financial information such as credit card information, computer data, identity theft and etc. The price they charge for the software to buy fake antivirus software programs varies, but you might be asked to shell $29, $50, or sometimes $100.

In other words, scareware is a scam and in the form of pop-ups ads, it encourages users to act fast to address an alleged cybersecurity problem. As its name suggests, it scares users into handing over their confidential data to what they believe is a legitimate solution to their cybersecurity problem. As we said, Scareware on your system can lead to various scams including credit card fraud or identity theft. Fortunately, you can avoid this, if you know exactly what is spyware, how to spot it, and after that, you can easily remove online scareware scams-and that we’re going to discuss in this article.

Fake malware alerts sometimes take the form of browser pop-ups. Hackers often make these alerts appear if they are from well-known security applications.

Fake pop-ups malware alerts are often presented as an ad when visiting websites. For example, pop-up ads might claim that a security scan was performed and the scan found viruses, spyware, or other types of malware on your computer.

Malicious pop-up alerts also can be made to look like taskbar notifications. For example, a fake alert might look like it is a message from your operating system and tell you that your computer is infected with malware.

Warning signs of Scareware on your system

If you want to protect yourself from Scareware scams, make sure you properly recognize the warning signs of scareware.

If you’re receiving fake pop-ups for downloading antivirus software you’ve never hear about, it's likely a sign that you’re being scammed.

The fake pop-ups warns you to act fast

Before you think much, the makers of scareware have already frightened you so that you quickly purchase their fake product.

Fraudsters want to frighten you so that you’re more likely to purchase their fake product. That’s why, scareware pop-ups mostly contains dire warning like your computer is virus infected. The antivirus software immediately scans your computer, displaying hundreds of viruses on your computer.

The pop-ups are exceptionally hard to close

Scareware continuously popping up on your pc and if you try to close it, it will direct you to other phishing platform, or likely possible that clicking on the “X” button to close them instead brings up more warnings, then you’re likely dealing with scareware.

Normally, legitimate antivirus software warns you one or two times and asks you to take action and when you close it on your own, it may not appear soon. But, if the pop-ups are coming from the illegal source, pop-up continues popping up until you click to action, perhaps a “download.” “visit website,” or “close” button.  However, the close button will not work here.

Pop-ups downloads on your device

In case you click on the link, it will redirect you to an alleged solution for your cybersecurity problem, such as antivirus. When you do so, the malware begins to download onto your device, either on its own or as a result of a drive-by download from a bogus website.

You can take help from these tell-tale signs that could indicate a scareware infection.

As we said, continuous pop-ups appearing on your screen

Pop-up on your screen immediately scans your computer for viruses and showing a list of the dozens or hundreds of viruses.

You’re not able to install or use legitimate cybersecurity software.

Your computer runs much slower than usual, and even when your pc is absolutely clean.

The antivirus software you recently downloaded is trying to lure you into upgrading to a paid version of the program.

How to Avoid Online Scareware Scams

Online scareware scams result in various attacks on your personal and financial information, and that’s why we recommend you to show full awareness to scareware so that you can avoid fake pop-ups and other scams to secure your information.

Avoiding scareware is just needed your awareness and knowledge. However, including malicious pop-ups, scareware has more different ways for infection. So, it’s quite difficult to recognize scareware scams.

Never click on any link or on the pop-up, it may direct you to a phishing website, where cybercriminals can steal to your information.

Never share your credit card information and other personal information in response to one of these scareware ads.

Do not download anything from an unknown or untrusted source. And be careful of fakes. Many scareware scammers will use names that sound like the names of legitimate antivirus programs.

Don’t get panic, keep patience; if a pop-up says that your computer is infected with a virus and asking you to download antivirus software, wait and go back to your computer screen and run the built-in virus scan or any trusted third party antivirus software if you’ve installed on your pc and check for virus. Otherwise, properly close the browser and do a hard shutdown and then check if you’re computer working nicely, it means there is no issue.

How to Prevent Scareware Scams and Fake Pop-Ups

Always keep your browse up-to-date and turn on the browser security settings. Additionally, if you want, you can use the Brave Browser that never save your activity, your identity. It is one of the safest browser and best way to stop fake pop-ups.

Keep pop-up blockers turned on. If you turned it on, you won’t get filled with advertisements for fake security programs.

Invest in the best Antivirus software to protect and avoid scareware. We recommend you to use Waredot Total Protection. It secures your system where you’ve saved your passwords and other sensitive data that should not be revealed to anyone. Additionally, it secures your online accounts, provides encryptions, and blocks illegal pop-up ads, and filters out all incoming and outgoing emails to avoid falling prey to scareware.