All You Need to Know About ZeuS P2P GameOver 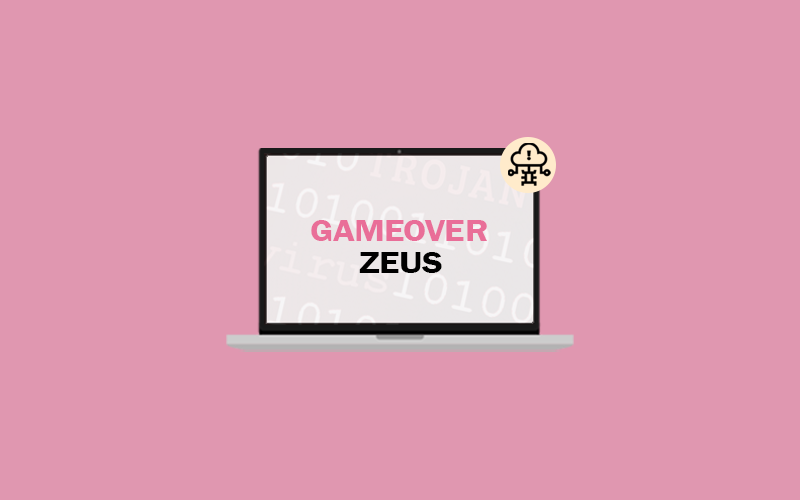 Zeus is a P2P (peer to peer) botnet based on components from the earlier ZeuS Trojan. This is one of the most popular families of Banking Trojan, which was also used in a targeted malware campaign against a Salesforce.com customer at the end of the last month and founder searched that the new variant of ZeuS Trojan has web crawling capabilities that grab the sensitive business data from that customer’s CRM instance.

If you’re thinking about GameOver- GameOver Banking Trojan is also a variant of danger threat ZeuS financial malware that spread via phishing emails. Actually, phishing emails have become the most common way of spreading the virus, malware, Trojan and etc. GameOver Zeus Trojan is famous for fraudulent transactions and therefore, it is known as Banking Trojan.

Once it is installed on your pc, it will conduct the DDoS Attack (Distributed Denial of Service), using a botnet, which involved multiple computers flooding the financial institution’s server with traffic in an effort to deny legitimate users access to the site.

GameOver Zeus Trojan was created by Russian hacker Evgeniy Mikhailovich Bogachev. It is believed to have been spread through the use of the Cutwail botnet.  This Trojan targets users of popular employment websites with social engineering attacks implemented to get sensitive information about the victims that could be used for bypassing multi-factor authentication mechanisms on other websites or services.

When we’re talking about the new variant GameOver ZeuS Trojan, then you should know that this variant has the capabilities to use complex web injections and perform Man-In-The-Browser (MITB) attacks. It all means that it has the caliber to affect a web browser to modify web pages, modify web contents, all in fully covert fashion invisible to both the user and web host, even when other authentication factor solutions are in use.

How Does ZeuS GameOver Work?

Most of the Trojan, malware, viruses and other online threats uses common way such as phishing emails with attachments, malicious websites and etc. Still, there is always something particular that different viruses or malware first uses to attack.

ZeuS GameOver constantly looks for data on your network, which is identified as valuable, either via identification commands or via prefixes algorithms. It is also said that ZeuS Trojan looks for sensitive or personal data like debit or credit card information, customer data, or secret corporate information.

Once ZeuS gets what it was looking for, it will instantly start sending information to its network via peers. It means that data from your internal network can be shifted out of the network instantly to another computer, which is also in the ZeuS P2P network.

Yes, dealing with Trojan has always been a tough task. All is that it is a highly persistent threat, which infects networks and it is really not easy to detect it, due to its polymorphic nature.  Another thing that makes it so difficult to treat is-ZeuS is really hard to remove from your infected device.  It is because of the new GameOver version that contains Necurs rootkit. This often means that the easiest way of getting rid of the problem is to wipe the infected client. However, chances are that it will easily get infected again.

As we told you that once ZeuS is entered into your device it can easily communicate with other peers or try to find some new ones in case the ones on its default list are unreachable. Additionally, it may also turn to its DGA (Domain Generation Algorithm) to find other peers.

Moreover, for the business, if you’re trying to block the pages which are infected by ZeuS, then it may possible that you have to block all domains or IP addresses. Additionally, collecting information on who is infected is more than difficult and requires a security solution with massive intelligence.  During all this, don’t forget it’s really not viable and easy to block so much, because it will prohibit your organization from working.

First of all, it’s really difficult to remove the Trojan from your system. But, still, we recommend you to take few measures for preventing the GameOver ZeuS Trojan. Here, we guide you to use a combo pack to secure your company which included Firewall, Scanners, and Antivirus. However, this list cannot be narrow, you can also take other measures as per the resources available and requirements.

If your company uses Firewall, then you have relatively good protection if your proxy is updated and it is well aware of what to look for.  Most likely, it isn't because Zeus GameOver communicates with other firms and IP addresses that you wouldn't want to ban because it would make it impossible for your staff to work.

If you’re a company that is using the antivirus or scanner to protect their data, then you are simply highly exposed to the ZeuS P2P dangers, because it will pass straight through your security measures.  Similarly, a scanner is not perfectly designed to give you information about online threats. And when it comes to such as highly dangerous Trojan, we recommend you to enhance the security.

So, For the Ultimate Protection, use Waredot Ultimate.

Hey guys! This was the guide about “All you need to know about ZeuS P2P GameOver.” In this guide, we have discussed the details about GameOver ZeuS Trojan. If you’re not aware of this then you’re really close to the attack. Read the complete article and learn how you can prevent yourself from ZeuS GameOver Trojan.